available on amazon and googlebooks 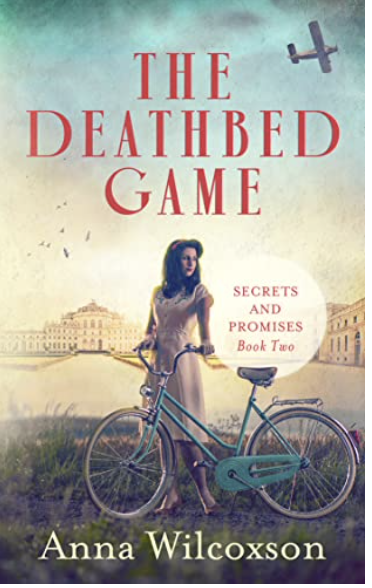 “I play this game with myself sometimes. When you are lying there contemplating your life,
what are the things you will regret not having done?”
Anna Wilson tries to live her life without regrets. But buying an apartment sight unseen in rural Italy might turn out to be the biggest regret of them all. The place reeks of sewage, and the previous tenants seem to have made off with the entire kitchen.
Accompanied by her independent brother, Anna takes refuge at the Villa Urbino, where the food is almost as delicious as their handsome Italian host. Agostino welcomes them generously and even helps Anna deal with the disaster of her new home. But when she mentions the other reason for their trip—reconnecting with a long-lost uncle—a Pandora’s box of animosities and secrets opens, threatening to ruin the life Anna’s just begun to build.

​The story behind this feud will take them on a journey across the country in search of love, in search of family—in search of the truth. Because no matter how hard the truth is to hear, when you’re lying on your deathbed, you don’t want to have any regrets.
When a feisty ninety-six-year old school teacher and her daughter go to Italy to find their roots,
they uncover a secret about their family's past that connect them to the powerful Urbino Truffle Empire.
They share the same last name but no one in the village is talking...until they meet a one eyed man, named Enzo, who still remembers.